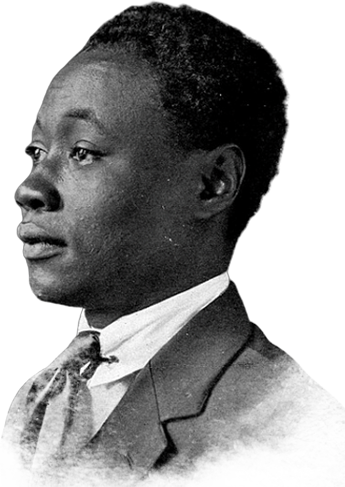 Claude McKay was born Festus Claudius McKay in Sunny Ville, Jamaica to farmers, Thomas Francis and Hannah Ann Elizabeth (née Edwards). Claude was one of eleven children, and one of only eight to survive to maturity. The McKays were highly respected in their community and in their local Baptist Church. Thomas was an expert planter who raised numerous cash crops, including bananas, coffee, cacao, and sugar cane. The family’s prosperity, coupled with their Christian education, afforded them an elevated social status, akin to that of the “colored,” or lighter-skinned caste, of Black Jamaicans. According to family lore, Hannah was descended from slaves brought to the West Indies from Madagascar, while Thomas was supposedly descended from the Ashanti tribe. He regaled his family with West African folk tales and his knowledge of Ashanti traditions. Thomas also had immense respect for British culture, particularly the Christian fundamentalist faith that he had followed since his youth. The latter instilled in him a sense of moral uprightness, which included teetotaling and an aversion to profanity. Thomas’s stern and formal demeanor left McKay feeling distant from his father. His relationship with Hannah, on the other hand, was warm and intimate. Hannah also appreciated her son’s aesthetic sensibilities and desire for intellectual enrichment.
‍
‍

Before becoming a poet, McKay foresaw a future as a manual laborer. Lacking skill as a farmer, he chose to learn a trade and, in 1907, was fortunately awarded a trade scholarship to study in Kingston. Shortly before he could enroll in trade school, McKay experienced Kingston’s biggest earthquake since 1696, which reduced the school to a pile of rubble. He returned home to Sunny Ville. Less than six months after his homecoming, McKay’s beloved mother died. He returned to Kingston and worked briefly at a match factory before joining the constabulary. He formed close friendships with other men on the force, particularly elder men, who served as surrogate fathers. In his biography of McKay, Tyrone Tillery suggests that McKay may have also had a lover on the force. This, however, may not have been his first homosexual relationship. Some scholars have also suggested the possibility of a romance between McKay and his mentor, Walter Jekyll.

Though Jamaica offered him some intellectual enrichment, McKay felt limited by the island’s offerings, later writing that “Jamaica was too small for high achievement.” In 1912, McKay left his homeland and never returned. After accepting an offer to attend Tuskegee Institute in Alabama, he immigrated to the United States. He disembarked in Charleston, South Carolina in the late summer. In the American South, for the first time, McKay encountered Jim Crow segregation. Though Jamaica, too, was a society stratified by color, with the white minority on top, dark-skinned Black people like McKay on the bottom, and more privileged lighter-skinned Black people serving as intermediaries between the ruling and peasant class, the hostility of white Southerners enraged McKay.

McKay left Tuskegee after two months and transferred to Kansas State College. He remained there for two years, but never graduated. He received a gift of $2,000 from an “English benefactor” (on his transcript from Kansas State, McKay named Walter Jekyll as his “means of support”) in 1914 and moved to Harlem. During the two years that McKay lived in Kansas, he corresponded with a sweetheart back home—Eulalie Imelda Lewars, who joined McKay in New York City shortly after his arrival there. The couple married on July 30, 1914. They had a daughter together, Eulalie Ruth Hope—McKay's only child. Around the time of his wedding, McKay briefly became a restaurateur, opening an eatery in Brooklyn in partnership with a friend. Both McKay’s marriage and business venture quickly failed. After separating from his wife, he abandoned his daughter.

Having neither the patience to be a husband and father nor the acumen for entrepreneurship, McKay focused on poetry. He supported himself with wages from menial jobs then found steadier work as a server in a railroad dining car. The job also fulfilled his wanderlust.  He simultaneously began publishing poems in various journals, including Pearson’s Magazine. He published two more poems in the monthly literary magazine Seven Arts under the pen name Eli Edwards. McKay’s canonical poem “If We Must Die” was first published in Max Eastman’s Communist magazine Liberator. The poem, which is McKay’s best-known work, is a response to the terrorism that Black citizens throughout the country experienced at the hands of their white neighbors in 1919, during a spate of bloody riots referred to historically as Red Summer. McKay served as executive officer of the Liberator until July 1922, when he resigned to focus on poetry and to travel. He published his last article in August 1922—a review of T. S. Stribling’s novel Birthright, which was adapted into a film directed by Oscar Micheaux thirteen years later. McKay and Eastman remained friends. Their relationship is well-documented in the letters between them, which they exchanged until the end of McKay’s life.

McKay also made his first trip abroad in 1919 and traveled throughout Europe for the next two years. He released his third book of poetry, Spring in New Hampshire (1920). The collection features another of his best-known poems, “Harlem Shadows.” In 1922, he published a fourth collection titled after this poem.

When he returned to the U.S., McKay learned about fellow Jamaican Marcus Garvey’s Universal Negro Improvement Association (UNIA). Garvey, like McKay, had been attracted to Booker T. Washington’s ideas about Black self-sufficiency and visited Tuskegee with the idea of starting a similar institution in Jamaica. Instead, Garvey remained in the U.S. and formed the UNIA—a Harlem-based Black nationalist organization whose goal was to repatriate African Americans and West Indians to a new colony in West Africa. Though McKay admired Garvey’s charisma and talent with rousing a crowd, he found Garvey’s ideas to be, according to biographer Wayne F. Cooper, “impractical” and “dangerously utopian.” He gravitated instead toward socialism and found a community of other West Indian socialists in Harlem, including Cyril Briggs—the St. Nevis-born editor of the New York Amsterdam News. Briggs, McKay, and others formed the African Blood Brotherhood—an organization devoted to racial pride, connection to the diaspora, and to solidarity with the working-class. Two years after its formation, the African Blood Brotherhood merged with the Communist Party, thereby creating the first substantial group of Black Communists in the United States.

In further pursuit of Communism as the solution to America’s race problem, McKay traveled to the Soviet Union around September 20, 1922. During his sojourn, he met and befriended Leon Trotsky. McKay published the propagandist tract The Negroes in America the following year. The book was re-released in 1979. His other prose works are My Green Hills of Jamaica (1922, 1979), Home to Harlem (1928), Banjo: A Story Without a Plot (1929), Gingertown (1932), Banana Bottom (1933), and the autobiography A Long Way from Home (1937). Trial by Lynching (1977) was published posthumously.

In May 1923, before settling in Paris, McKay developed a respiratory infection. He supported himself by working as an artist’s model. After recovering, he spent the next eleven years traveling throughout Europe and North Africa before returning to the U.S. in the mid-1930s. During a period in which African American literature became increasingly political and numerous Black writers, including Richard Wright, looked to Communism to solve the problem of American racism, McKay became disillusioned with the party. He came to see Communism and other political movements as largely motivated by power.

In the early-1940s, McKay was beset by more health troubles and financial problems. The Harlem-based branch of Friendship House, a Catholic organization, provided him with assistance, leading to a temporary recovery of his health in the spring of 1942. On October 11, 1944, he fell ill with dropsy. The following year, he traveled to Albuquerque, New Mexico, where he received regular medical attention. After his condition improved, he left for Chicago in September 1946 and remained there, despite a doctor’s warnings to go to a warmer clime. McKay died of congestive heart failure in a Chicago hospital at age 57. Several collections of poetry were published after his death, including The Dialectic Poetry of Claude McKay (1972) and The Passion of Claude McKay: Selected Poetry and Prose (1973). McKay’s long-unpublished manuscript Romance in Marseille was released in February 2020. 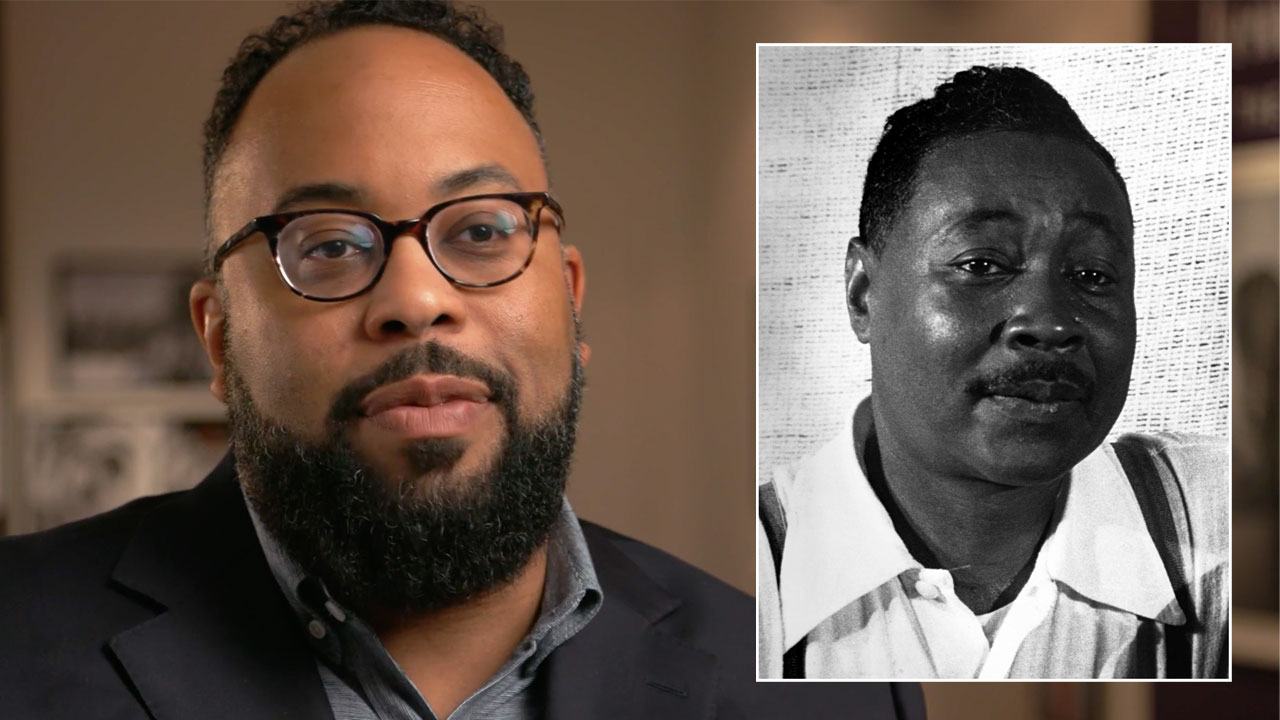 Kevin Young Discusses “If We Must Die” by Claude McKay 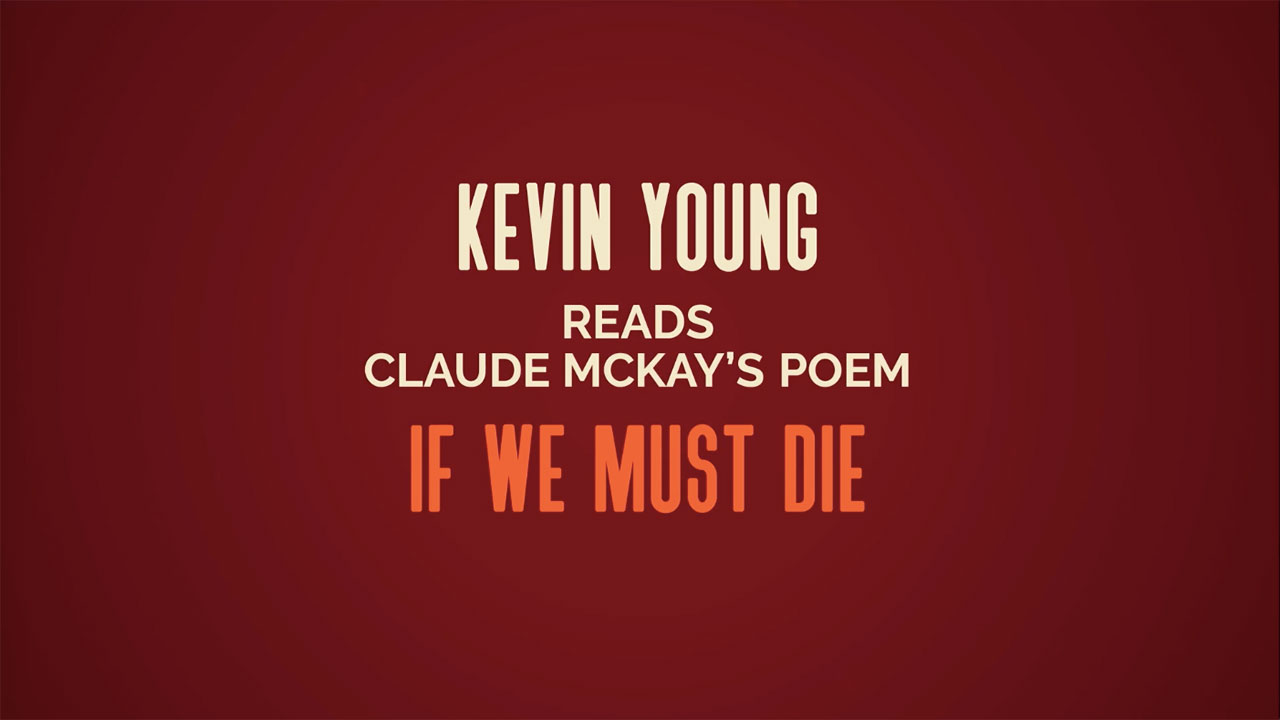 Kevin Young Reads “If We Must Die” by Claude McKay