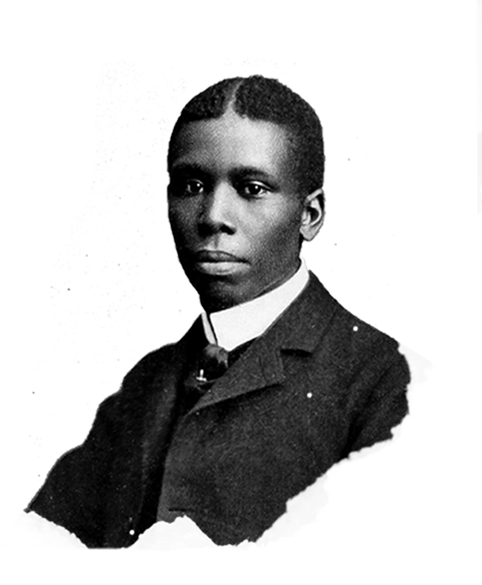 Though his dialect verse resonates less with contemporary audiences, Dunbar’s influence on the Black poetic tradition echoes throughout the canon. Like his successor, Sterling A. Brown, Dunbar appreciated the form and musicality of Black speech, elevating it as a valid a mode of expression that could depict life’s woes and joys as effectively as standard English.

Dunbar was born in Dayton, Ohio to Matilda Murphy Dunbar and Joshua Dunbar, both former slaves from Kentucky. Joshua was born around 1823. He learned the alphabet by rote memorization and taught himself to read. He then escaped from his master via the Underground Railroad, making it first to Detroit, and then to Canada. Safe from the risk of capture, Joshua took a job working as a plasterer and further pursued his education. He spent his evenings reading and developed an interest in history. Joshua returned to the United States after the outbreak of the Civil War and fought with the Massachusetts 55th Regiment—the sister regiment to the famed 54th Massachusetts Volunteer Infantry.

Dunbar’s mother, Matilda, was born around 1845. Around the time that Joshua enlisted to go to war in 1863, she was living in Lexington, Kentucky on the Venable family’s plantation. After the death of her first master, Squire David Glass, Matilda became a part of his daughter’s dowry. While she was hired out to the neighboring Murphy plantation to do chores, Matilda met a handyman whose name may have been Willis, like her father’s. It may also have been Wilson Murphy or R. Weeks Murphy. They married, but Matilda remained with the Venables until the Emancipation Proclamation.

Matilda and Willis’s first son, William Travis Murphy, whom they called “Buddy,” was born on February 12, 1864. After his wife and son were freed, Willis asked Matilda to go to Dayton, Ohio and wait for him while he traveled with the Union Army to assist with emancipation efforts. Matilda obliged, but her husband never made it to Dayton. One scholar contends that there is no evidence that Willis served in the Union Army under any of his recorded names. It’s possible that he was a camp follower, lending his services to the Union Army. It’s also possible that Willis abandoned his family out of fear of being unable to support them.

Matilda was instead reunited with her mother and lived with her grandmother, Rebecca Porter. Porter had been living as a free woman in Dayton after being purchased from her master by a local abolitionist who provided her with her own home. While installed at her grandmother’s house on 311 Howard Street, Matilda gave birth to her second child, Robert Small Murphy. In Dayton, Matilda’s life converged with Joshua’s. They married on December 24, 1871. Paul Laurence was born after his parents had been married for only six months.

Joshua and Matilda’s union was an unhappy one, characterized by violent rows and Joshua’s threats to kill his wife. Paul and his siblings hid from their parents during these fights or fled from the house. Sometime between these violent bouts, Matilda became pregnant again when Paul was seven-months old. Elizabeth Florence Dunbar was born on October 29, 1873 but died of dropsy when she was two-and-a-half.

The death of their baby daughter rekindled some warmth and tenderness between Joshua and Matilda, but their reconciliation was short-lived. After four years of marriage, they divorced on January 9, 1876. Matilda blamed the traumas of the war for inciting her husband’s anger and paranoia. Paul’s future marriage to fellow poet Alice Dunbar Nelson would also be an abusive one. In his thinly-veiled autobiographical novel, The Uncalled (1898), Dunbar describes his father’s alcoholism—an affliction that Dunbar later shared—and writes about “Margaret,” the female protagonist based on his mother, divorcing her violent husband.

Meanwhile, Matilda sent her children to school and, when they returned home in the afternoons, asked them to teach her the alphabet. She then enrolled in night school. There, she learned to read and write well enough to manage her accounts and to read the Bible and newspapers. She taught Paul to read when he was four.

Dunbar began writing poetry at age six. Convinced that he was special—a sentiment that Joshua had echoed—Matilda devoted herself to his education. She used whatever money she could save from her work as a seamstress, cook, and laundress to buy her youngest son books. While his brothers took on menial jobs during their teen years to support the family and, ultimately, discontinued their educations to take full-time jobs as custodians, Paul remained in school at his mother’s insistence. Robert and William, meanwhile, moved to Cincinnati to find better jobs.

With his father and brothers gone, Matilda was the only immediate family member left in Dunbar’s life. Mother and son forged an inseparable bond that lasted until Dunbar’s death. Matilda devoted herself to her son’s cultivation, while he depended on his mother’s company. In later years, however, their relationship was marred by Matilda’s insistence that her sons provide her with money whenever she demanded it.

Dunbar attended Dayton Central High School, where he was the only student of color. He was an outstanding student who further distinguished himself by publishing in the high school newspaper, and then by serving as its editor-in-chief. He was also president of the literary society and was class poet. In his free time, he read the works of the Romantic poets, including John Keats and William Wordsworth, as well as those of American poets John Greenleaf Whittier and Henry Wadsworth Longfellow.

On June 8, 1888, Dunbar was published for the first time in a major periodical. The Dayton Herald published a poem he wrote in memory of his father, “Our Martyred Soldiers.” This marked the start of Dunbar’s literary career. He would continue to furnish poems for African American periodicals and for the local newspaper. In 1891, he graduated from high school. Dunbar’s ambition was to become a journalist, but his attempts to find employment were foiled by newspaper publishers’ refusals to hire a Black writer.

In 1892, the poet James Newton Matthews invited Dunbar to read his poetry at an annual meeting for the Western Association of Writers in 1892. Dunbar would later dedicate one of the poems in his first poetry volume to Matthews, crediting him with helping his writing career.

No opportunity was lucrative enough, however, for Dunbar to give up the unskilled labor to which he had been relegated. Unable to become a journalist or a clerk—his presumed back-up plan—he took a job as an elevator operator in the Callahan Building in Downtown Dayton. He continued to write dialect poems and submitted them to publishers, who readily accepted this material.

Dunbar wanted to write poetry in standard American English and believed that he would soon get the opportunity. In 1893, he published Oak and Ivy, a collection of poems that he composed during his childhood and teen years. The volume included some pieces that he first published in newspapers. It contains both dialect poems and standard English verse, but the former pieces garnered more praise and attention than the latter.

In the same year, Dunbar traveled to Chicago where he found work as part of the World’s Columbian Exposition, or the Chicago World’s Fair. Matilda joined him there. He found menial but well-paying work until he enjoyed the great personal honor of meeting Frederick Douglass, who had read and admired Dunbar’s work. He offered the young poet the opportunity to assist him with the Fair’s Haitian exhibition. Though the job would earn Dunbar only half of his current salary, he leapt at the chance to work with the great orator and abolitionist, whom he idolized.

In 1895, Dunbar published his second collection, Majors and Minors. The book caught the attention of novelist and critic William Dean Howells, who wrote a favorable review in the June 27, 1896 issue of Harper’s Weekly. Once again, Dunbar collected poems in standard English (the “Majors” section) and dialect poems (the “Minors” section). In this instance, too, the dialect verse received more praise, particularly from Howells, who was awed by Dunbar’s talent—albeit, for the wrong reason. He marveled at how a man who appeared to be a “pure African” could compose such works. Comparing Dunbar’s poetry to that of the Scottish poet Robert Burns, Howells underscored his sense that Dunbar’s poetry was best when he hewed close to his racial identity. His ventures into standard English made it appear, according to Howells, as though the young Negro poet from an impoverished background was trying to be something that he was not.

In 1896, Dunbar received an impressive advance for the publication of Lyrics of Lowly Life, one of his best-known collections. It was such a bestseller that Dunbar became the most famous Black poet in the United States.

While reading the April 1895 issue of the Boston Monthly Review, Dunbar spotted a photo of the New Orleanian Creole poet Alice Ruth Moore. The pair began an epistolary courtship. For the next five years, from the beginning of their relationship until the end, they would exchange nearly 500 letters.

Though Moore’s beauty, intelligence, and talent would have sufficed to encourage the attentions of any suitor, Moore also met Dunbar’s preference for lighter-skinned women. Dunbar suffered from feelings of inferiority over being a dark-skinned Black man.

In 1898, Dunbar married Moore, despite her middle-class family’s disapproval of Dunbar’s skin color and background. The Dunbars likened their romance to that of Robert and Elizabeth Barrett Browning. Their union was similarly marked by passion and intellectual partnership, but it was marred by domestic violence. Dunbar inflicted physical, psychological, and verbal abuse on his wife, fueled in part by his drunken binges. Dunbar’s worst attack on Alice came on January 25, 1902. Dunbar had arrived home drunk and belligerent. He kicked Alice so severely in the stomach that she became ill with peritonitis. Alice left Dunbar and refused to return to him, despite the pleading letters that he sent her for the next two years.

There had been other instances of violence before the Dunbars’ marriage. Dunbar raped Alice in November 1897 when they were engaged. In this instance, too, he was drunk. He caused her severe internal injury and likely also infected her with gonorrhea. Alice survived Dunbar’s ill treatment. She remarried and managed to develop her career as a poet and short-story writer, though her reputation would never match that of her first husband.

Around Christmas in 1905, Dunbar contracted tuberculosis. His mother tended to him as he hemorrhaged and grew weaker. In the second week of February 1906, Dunbar suffered from fits of delirium. Soon thereafter, he died at home in bed. He was 33. His body was interred at Woodlawn Cemetery in Dayton, near an oak tree.

Though Dunbar was admired by Frederick Douglass and later garnered praise from Booker T. Washington and W.E.B. DuBois, the fame that he gained from writing dialect verse has been met with ambivalence by other Black writers. Sterling A. Brown respected Dunbar’s talent and his full treatment of African American folk life in his work. However, he believed that the elder poet had too deeply absorbed racist plantation myths. James Weldon Johnson admired Dunbar personally but disliked his work. Countee Cullen and Langston Hughes, on the other hand, admired it. Later black poets, particularly Nikki Giovanni, would also express appreciation for Dunbar. Continued interest in Dunbar’s work led to the publication of The Collected Poetry of Paul Laurence Dunbar in 1994, which included sixty previously unpublished poems. 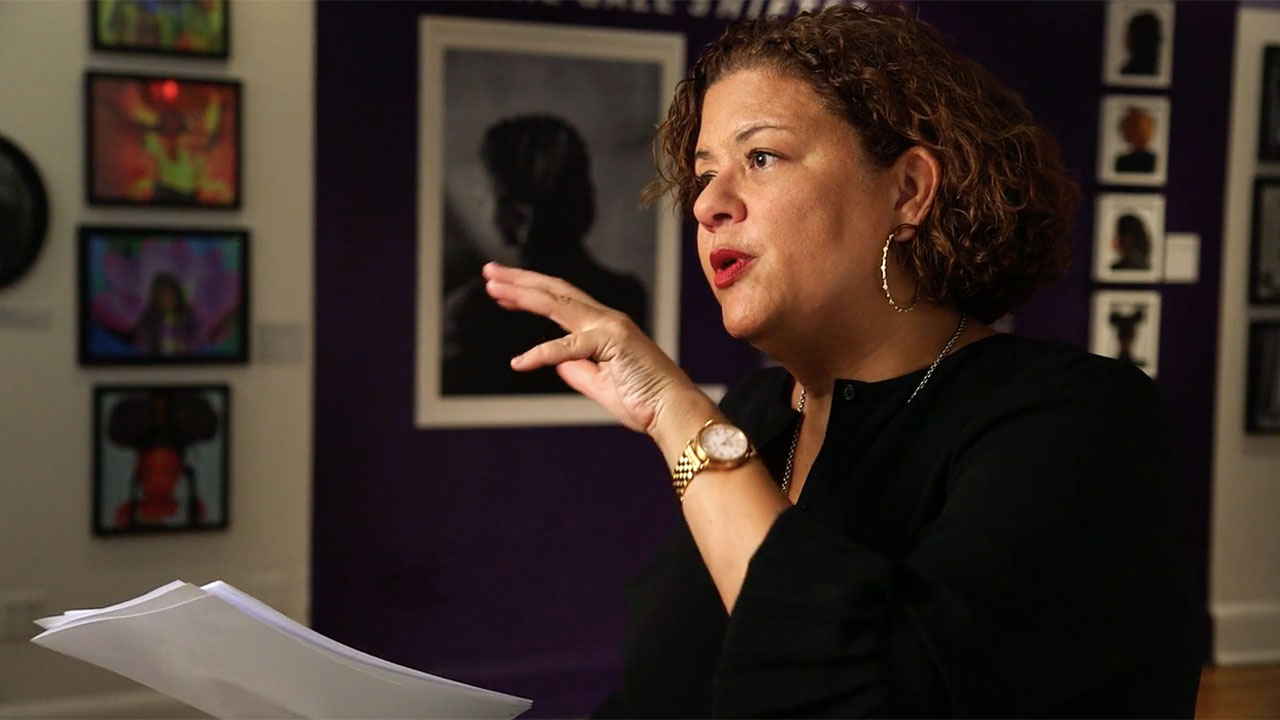 Elizabeth Alexander Comments on “We Wear the Mask” 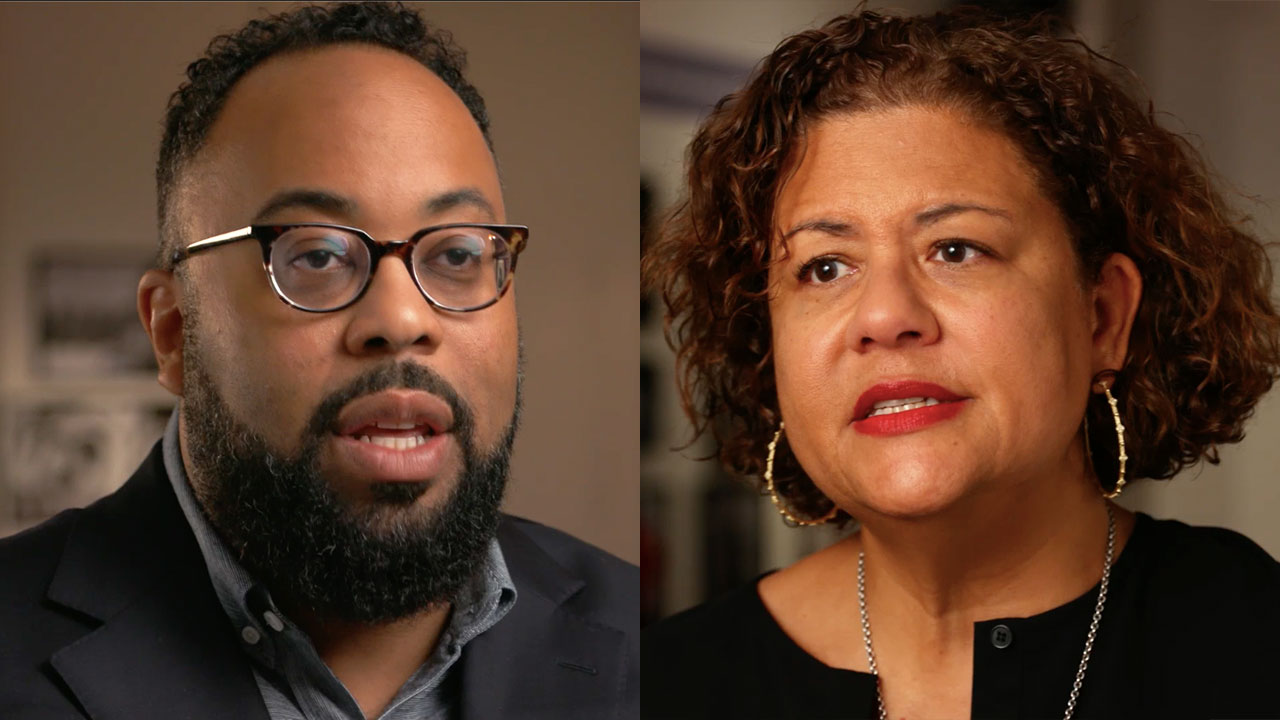 Elizabeth Alexander and Kevin Young Read “We Wear the Mask” 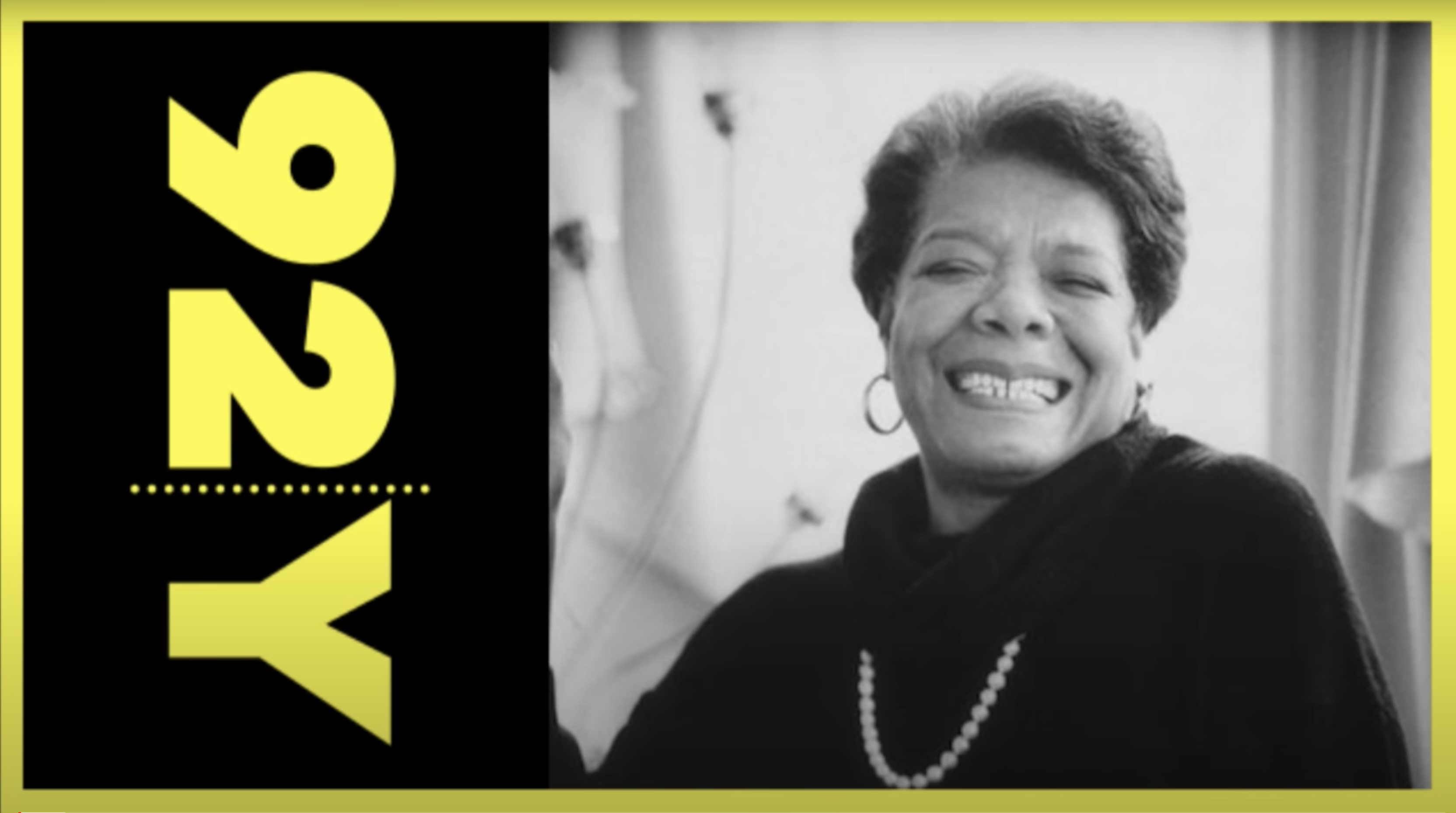