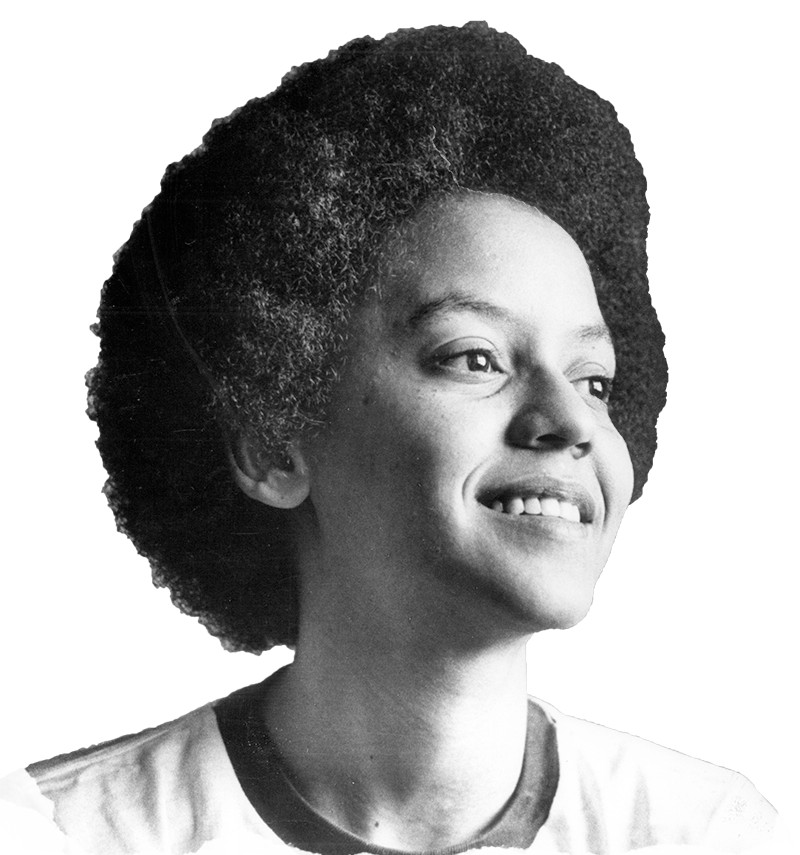 For over fifty years, Nikki Giovanni has been one of the most prolific African American poets and one of the most preeminent surviving members of the Black Arts Movement. Her ideas about Black nationalism have been integral both to her work as a poet and as an activist. Giovanni has written poetry for children and adults, in addition to editing anthologies and composing essays on Black revolutionary politics. Her poetry expresses an unconditional love for Black people and, like the work of Gwendolyn Brooks and Lucille Clifton, treats Black women as subjects.

Giovanni was born Yolande Cornelia Giovanni, Jr. in Knoxville, Tennessee to Jones “Gus” Giovanni and Yolande Cornelia Giovanni (née Watson). She was the youngest of two daughters. Her older sister, Gary Ann, started calling her “Nikki” during their early childhood. Both Yolande and Gus attended Knoxville College and earned degrees before marrying on July 3, 1939. After their children were born, Yolande accepted the role of housewife, while Gus looked for work.

Racial segregation and discrimination in the South left Gus unable to find any employment in Nashville aside from the occasional gig as a bellhop. Worse, he struggled with alcoholism. An opportunity for both gainful employment and an escape from Jim Crow arrived when he and Yolande were offered jobs as house parents at Glenview, as school for Black boys in Cincinnati. The family relocated to Ohio.

Giovanni was only two-months old when her family joined a second wave of Black migrants who moved to the Northeast and the Midwest to escape from racial terrorism and to find work. The job at Glenview paid poorly. In 1947, Gus moved the family to Woodlawn, Ohio, a suburb north of Cincinnati, to accept a teaching job at South Woodlawn School. The Giovannis moved again the following year to Wyoming, another suburb near town, because Woodlawn had no primary school for Black children (Giovanni’s sister, Gary Ann, lived briefly with relatives in Columbus to attend school there).

Unlike many Black migrants, the Giovanni family retained its connection to Black Southern life. They traveled frequently to Knoxville during Giovanni’s childhood and adolescent years. During those trips, Giovanni became close to her extended family and observed the slower-paced, agrarian lifestyle that contrasted with speedier industrial life in the North. For the Giovannis, Knoxville remained their true home, even after Gus made a down payment on a house in Lincoln Heights, another Cincinnati suburb, in 1952 and relocated his family there.

Despite having escaped Jim Crow, the Giovannis, like any other Black family living in the North, still experienced segregated schools and neighborhoods, as well as housing and wage discrimination. These difficulties created tension in Gus and Yolande’s marriage. To escape from the situation at home, Giovanni stayed with her grandparents over the summer of 1958 and remained with them during her last two years of high school. In 1960, she moved to Nashville and enrolled at Fisk University.

Fisk was co-educational and among the most prestigious historically Black colleges and universities. Giovanni excelled academically, but she clashed with the dean over the university’s strict rules of propriety and its emphasis of these rules over students’ independence and intellectual engagement. Giovanni was expelled in February 1961, after completing her first semester. She returned to Cincinnati and lived with her parents. In the fall of 1964, she re-enrolled at Fisk, which had replaced its previous dean with a more progressive one.

At Fisk, Giovanni developed her literary and activist ambitions. She restored the campus chapter of the Student Nonviolent Coordinating Committee (SNCC); edited a student literary magazine; participated in writing workshops led by writer-in-residence John Oliver Killens; and contributed an article, “First Steps Toward a True Revolution,” to the December 1966 issue of Negro Digest. In the spring of that year, she participated in the university’s First Writers Conference where she met the elder poets Robert Hayden, Gwendolyn Brooks, and Dudley Randall, whose Broadside Press would later publish several of Giovanni’s first books. Giovanni also met the poet and novelist Margaret Walker, who would become a close friend. In 1972, Giovanni transcribed a dialogue with Walker that she later published as A Poetic Equation: Conversations Between Nikki Giovanni and Margaret Walker in 1973.

In February 1967, Giovanni graduated magna cum laude with a Bachelor of Arts in history. In the same year, she enrolled at the University of Pennsylvania on a Ford Foundation fellowship and initiated graduate studies in social work, which she pursued for a year. She dropped out of Penn and moved to New York. She began teaching at Queens College and self-published her first poetry collection, Black Feeling, Black Talk, (1968). Having decided to pursue a writing career instead of one in social work, Giovanni enrolled in a Master of Fine Arts program at Columbia University in 1968, but again, dropped out. She would later criticize writing programs as unnecessary and antithetical to writers’ aims.

The following year, she convinced the owner of the Birdland jazz club to allow her to throw a Sunday afternoon book launch party, which would include poetry readings. The event drew such long lines of people waiting to attend that it received coverage in the New York Times. Black Feeling, Black Talk sold ten thousand copies within eight months. Within the same year, Giovanni received grants from the National Endowment of the Arts and the Harlem Council of the Arts. She used the funds to publish her second poetry collection, Black Judgment (1969), in which the poem “Nikki-Rosa”--a testament to Black love despite hardship—first appeared. During a Labor Day weekend visit to her parents in Cincinnati, she gave birth to her first and only child, Thomas Watson Giovanni, on August 31. She then returned to New York and accepted a teaching position at the now-defunct Livingston College at Rutgers University.

Giovanni preceded Gwendolyn Brooks and Alice Walker in establishing her own press, NikTom, Ltd., to publish and promote the works of Black women writers. In a similar revolutionary vein, she edited and published Night Comes Softly: An Anthology of Black Female Voices in 1970, one of the first anthologies to feature poetry by Black women. Her third volume Re: Creation (1970) was published by Broadside Press and includes Giovanni’s best-known poem, “Ego-Tripping.”

In 1971, Giovanni met Ellis Haizlip, a fellow civil rights activist and the host of the public television show Soul! Haizlip made Giovanni an interviewer on the program in 1971. Soul! aired from 1967-72 and counted the most notable Black Americans of the decade among its guests. Muhammad Ali, Stevie Wonder, and Lena Horne, whom Giovanni interviewed, all made appearances. Giovanni’s most noteworthy conversation was with writer James Baldwin. Filmed in London, the interview included personal exchanges on how American racism had impacted each of their lives and how those tensions reap discord in relationships between Black men and women. Giovanni published the conversation in 1973 as A Dialogue: James Baldwin and Nikki Giovanni.

In 1972, Giovanni became the youngest person ever awarded an honorary degree from Wilberforce University—the oldest historically Black university. In the fall of the following year, Giovanni, her son, and his nanny went on a lecture tour of Sub-Saharan Africa sponsored by the Department of State’s United States Information Agency (USIA).

Giovanni’s experiences as a single parent shifted her attention toward childrearing. She began to write poetry that dealt more explicitly with domesticity, such as My House (1972), as well as poetry and fiction for children including, Cotton Candy on a Rainy Day (1978), Spin a Soft Black Song (1971), Ego Tripping and Other Poems for Young Readers (1973), and Vacation Time (1979). She published some poems as illustrated children’s books, including Knoxville, Tennessee (1994), The Genie in the Jar and The Sun Is So Quiet—the latter two were published in 1996. Rosa (2005), a picture book about Rosa Parks’s activism, was awarded the Caldecott Medal and the Coretta Scott King Award for illustration. Decades earlier, Giovanni had met Parks at the Philadelphia airport and the pair struck up a friendship. Giovanni read a poem at Parks’s funeral in 2005.

Giovanni has been Distinguished Professor of English at Virginia Tech since 1987. During her tenure there, she was one of Cho Seung-Hui’s instructors in the English department and warned the department chair about the future gunman’s disturbing behavior in her class, to no avail. She also taught fellow poet and children’s book author Kwame Alexander, who, in 2015, won the Newberry Medal and the Coretta Scott King Prize.

In addition to receiving a NAACP Image Award for Poetry and a National Book Award nomination for the 1973 poetry collection, Gemini, Giovanni has been awarded 27 additional honorary doctorates, including those from the University of Maryland, Smith College, and her alma mater, Fisk University. 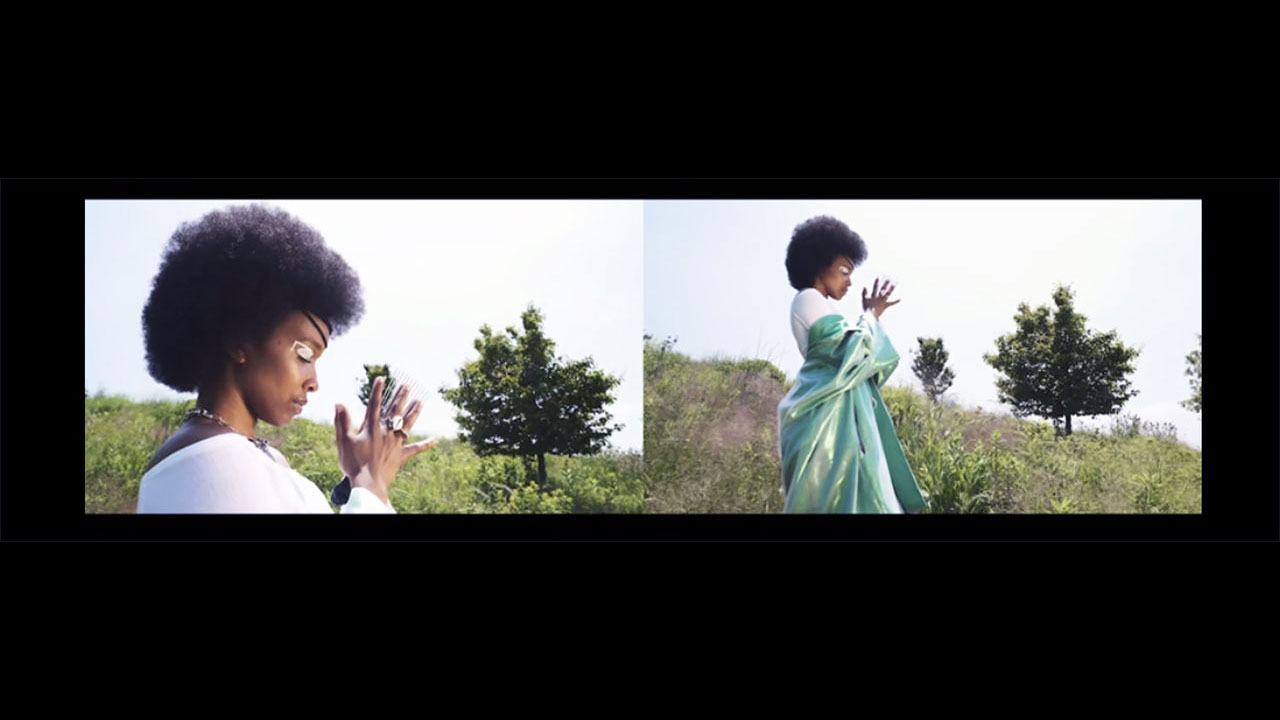 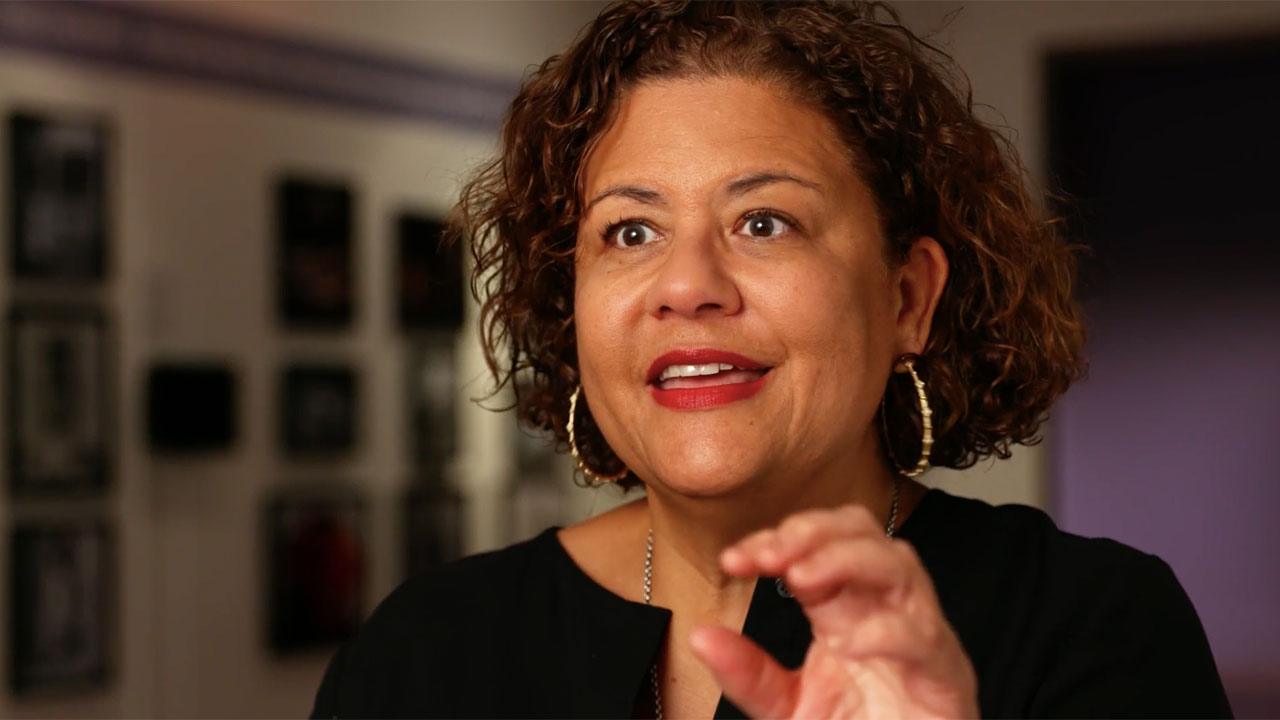 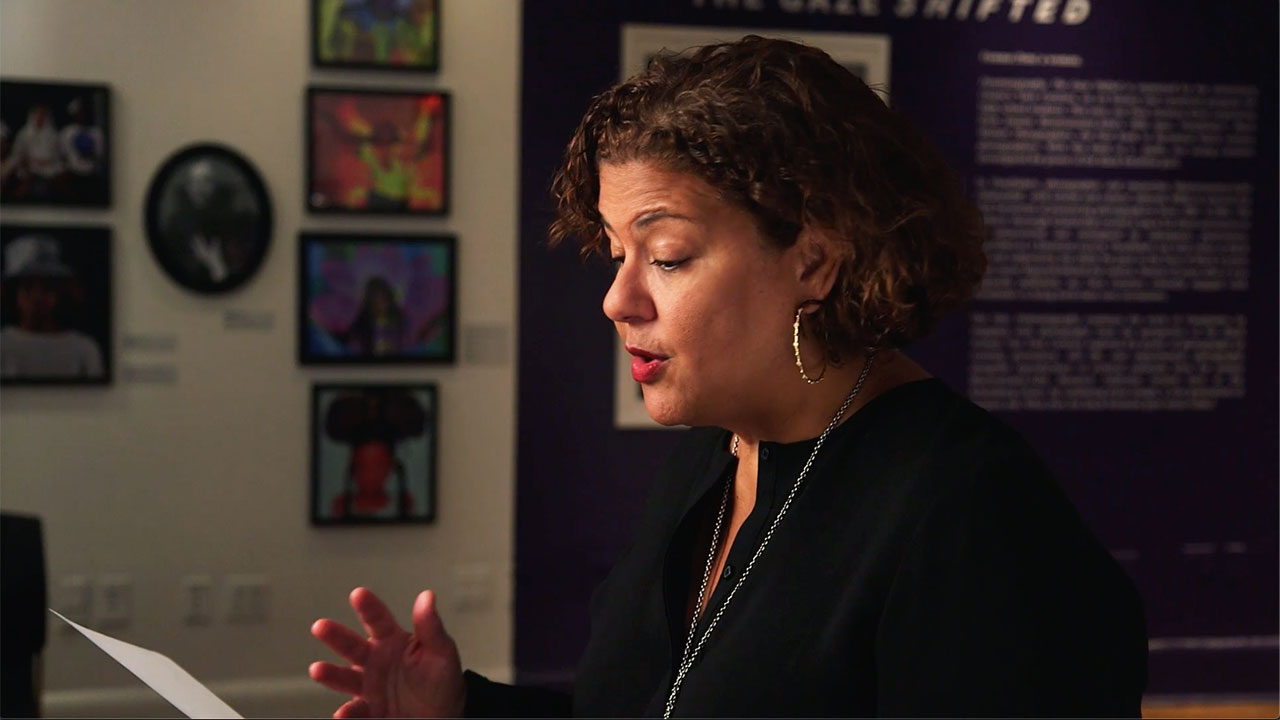