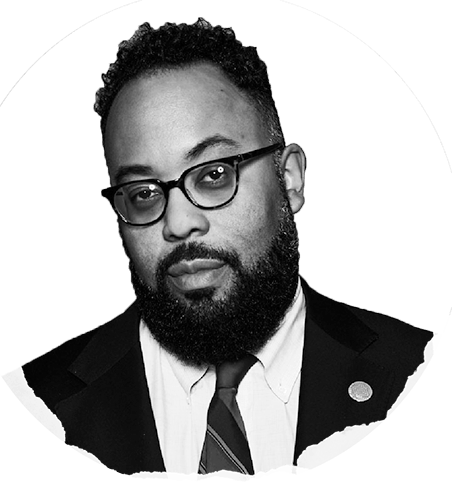 Born in Lincoln, Nebraska, Young’s maternal and paternal families hailed from Louisiana. During his childhood, he lived in Boston, Syracuse, and Chicago before his family settled in Topeka, Kansas, where he attended high school. Young began writing poetry when he was thirteen, while taking a summer fiction and poetry workshop led by writer Thomas Fox Averill.

Young left Kansas to attend Harvard University where he studied under poets Seamus Heaney and Lucie Brock-Broido. He also became a member of the Dark Room Collective, a circle of African American poets founded by Thomas Sayers Ellis and Sharan Strange in Cambridge, Massachusetts. He later earned a Master of Fine Arts from Brown University and won a Stegner Fellowship in Poetry from Stanford University. Additional fellowships include those from the Guggenheim Foundation, the MacDowell Colony, and the National Endowment for the Arts.

Young has written ten books of poetry, including Most Way Home (1995), selected by Lucille Clifton for the National Poetry Series; To Repel Ghosts (2001), a study of Jean-Michel Basquiat’s paintings; Blue Laws: Selected and Unselected Poems, 1995-2015, and Brown (2018). Additionally, he has edited several anthologies, including Giant Steps: The New Generation of African American Writers (2000), Jazz Poems (2006), and co-edited The Collected Poems of Lucille Clifton, 1965-2010 (2012). Additionally, he has published two works of prose—The Grey Album: On the Blackness of Blackness (2012), a collection of essays and criticism, and Bunk: The Rise of Hoaxes, Humbug, Plagiarists, Phonies, Post-Facts, and Fake News (2017).

His numerous honors include the Quill Poetry Award, the Paterson Award for Sustained Literary Excellence, the 2018 Anisfield-Wolf Book Award in Non-Fiction, and the Lenore Marshall Poetry Prize. Young is currently poetry editor at The New Yorker and director of New York Public Library’s Schomburg Center for Research in Black Culture. He will be the director of the Smithsonian's National Museum of African American History and Culture starting in January 2021.

Karwoksa, Susan. “Interview with Kevin Young: From a Place That is Necessary and Almost Unspoken.” Teachers and Writers Magazine.